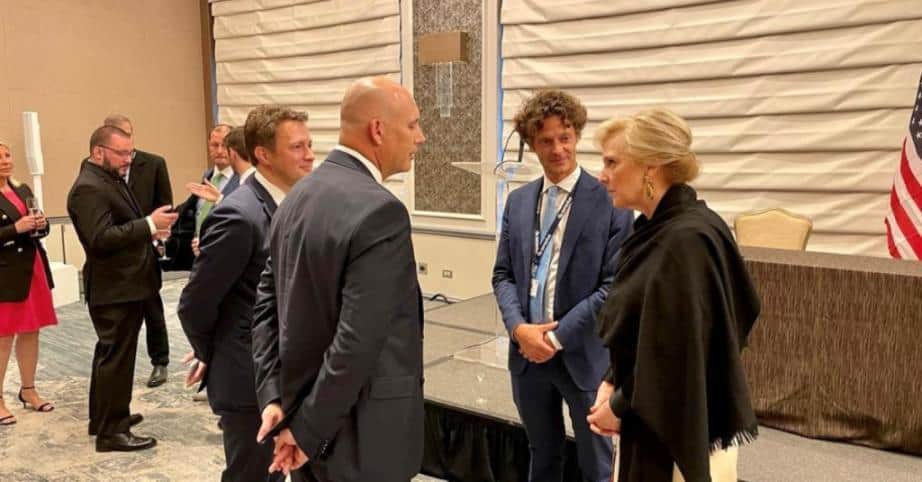 Ghent, June 7, 2022 – Ghent-based Sensolus, specialized in connected asset management, is entering into a partnership with Tosca Group. The global player in reusable plastic packaging will use the Sensolus platform to map the tens of thousands of pallets and packaging in circulation among its customers in the US. This digitalization will allow Tosca to greatly optimize its supply chain, save costs and reduce its carbon footprint. Tosca will also share these logistics insights with customers, giving American consumers more transparency into the logistics behind the items on store shelves. In turn, Tosca’s active input will allow Sensolus to better tailor its platform to the consumer goods industry. The partnership was officially signed in Atlanta during Princess Astrid’s trade tour of the United States.

The American Tosca Group, headquartered in Atlanta, is a global player in the field of returnable packaging. For sixty years it has strived to make supply chains in various industries more sustainable by replacing cardboard and wooden packaging with a reusable plastic alternative, from crates for sensitive products such as fruit or eggs to full pallets for heavy loads. Tosca is one of the largest poolers in the world, meaning that major players in consumer goods rely on the market leader to replace their old packaging and manage their entire inbound, outbound, and intralogistics flows of reusable packaging, thus reducing their carbon footprint. 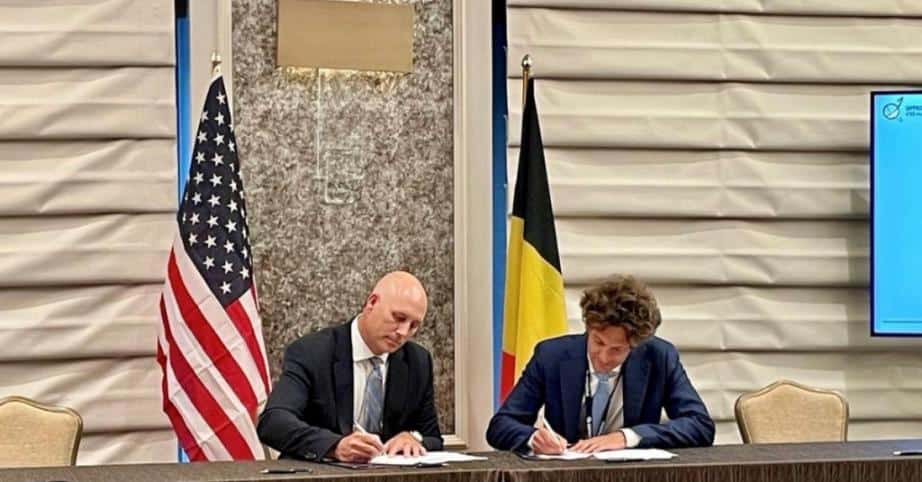 In 2020 the Tosca Group acquired Contraload. This Flemish pallet specialist and European market leader in pooling already relied on Sensolus, and so the American packaging giant also learned about the added value of IoT technology. “The more data you have as a pooler about the locations and condition of your packaging, the better you can optimize your flows and processes, save costs and reduce your footprint,” says Kristoff Van Rattinghe, CEO of Sensolus. “Tosca is now also using the Sensolus platform for this purpose. In it, data from thousands of packages is collected and translated into valuable supply chain insights. In addition, Tosca also shares this data with its customers. In this way, they can meet the desire of consumers who increasingly expect transparency into the logistics and production processes behind the items on store shelves.”

Another determining factor in Tosca’s choice of Sensolus was the hardware independence of the Ghent platform. “In a few hours or days, we can integrate new flows and data from tens of thousands of trackers, regardless of the vendor. That makes our solution extremely scalable and means that, as a Belgian scale-up, we can still support a global player like Tosca in a market as immense as the U.S.” 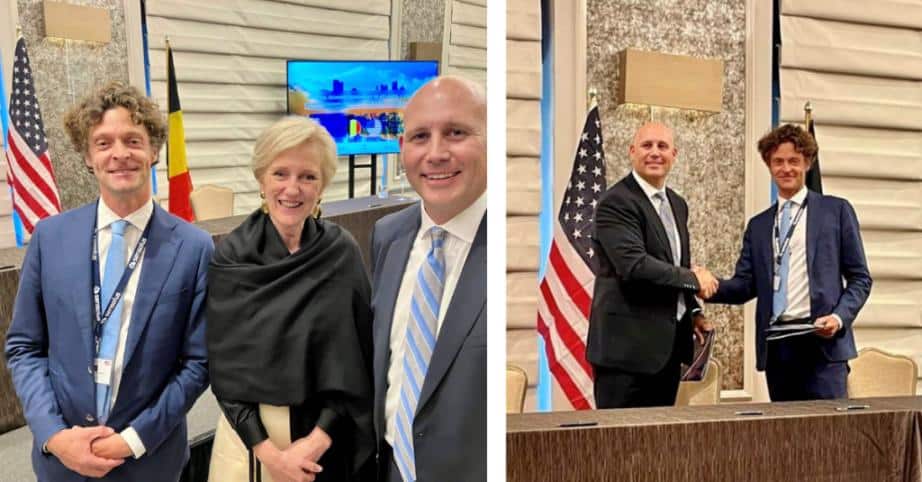 “By relying on Sensolus, their proven technology, and user-friendly platform, we can map the supply chain and unify our network of customers,” says Jesse Sels, president EMEA at Tosca. “Therein lies the unique complementarity of Tosca and Sensolus. We share a common goal, which helps us take the next step together and make our vision of optimization and a circular economy a reality faster.”

Best of both worlds

Tosca has a broad experience in packaging and supply chain in the retail and food industry. Sensolus, on the other hand, has a deep knowledge of IoT and how data and insights can be made available in a centralized platform. “In that sense, in this partnership, we combine the best of both worlds and learn from each other to take a unique position in the ecosystem of supply chain optimization and reusable packaging for the entire food chain, from farm to fork,” says Kristoff Van Rattinghe.

The new partnership was officially signed in Atlanta on June 6. The ceremony took place in the presence of, among others, Princess Astrid, Jan Jambon, Minister-President of the Flemish Government and Flemish Minister of Foreign Affairs, and Willy Borsus, Vice-President of Wallonia and Walloon Minister of Foreign Trade and Economy. The delegation, along with 300 delegates from Belgian companies, is currently on a trade tour of the United States. “That says enough about the strength of this partnership and clearly demonstrates the potential that lies in the cooperation between major American players and promising Belgian companies. With Sensolus, moreover, we will not stop here. The supply chain is a global challenge. We will therefore increasingly focus on the American market in order to support our customers there as a software supplier,” concludes Kristoff Van Rattinghe.

By clicking “Accept”, you agree to the storing of cookies on your device to enhance site navigation, analyse site usage, keep track of your personal preferences and assist in our marketing efforts.

This website uses cookies to improve your experience while you navigate through the website. Out of these, the cookies that are categorized as necessary are stored on your browser as they are essential for the working of basic functionalities of the website. We also use third-party cookies that help us analyze and understand how you use this website. These cookies will be stored in your browser only with your consent. You also have the option to opt-out of these cookies. But opting out of some of these cookies may affect your browsing experience.
Necessary Always Enabled
Necessary cookies are absolutely essential for the website to function properly. These cookies ensure basic functionalities and security features of the website, anonymously.
Functional
Functional cookies help to perform certain functionalities like sharing the content of the website on social media platforms, collect feedbacks, and other third-party features.
Performance
Performance cookies are used to understand and analyze the key performance indexes of the website which helps in delivering a better user experience for the visitors.
Analytics
Analytical cookies are used to understand how visitors interact with the website. These cookies help provide information on metrics the number of visitors, bounce rate, traffic source, etc.
Advertisement
Advertisement cookies are used to provide visitors with relevant ads and marketing campaigns. These cookies track visitors across websites and collect information to provide customized ads.
Others
Other uncategorized cookies are those that are being analyzed and have not been classified into a category as yet.
Save & Accept
Powered by